Excerpts of Marlin Strand’s remarks below about Hanssen’s Valdres March, the Valdres region of Norway, and the Hardanger fiddle (March issue of MVCB Newsletter) prompted me to ask a friend, Ross Schipper, to describe a Norwegian folk dance, Valdresspringar, and music from the same region.  Ross, who plays the Hardanger fiddle, also teaches Norwegian and Swedish folk dances with his wife Linda Brooks in the Washington area.  Ross’ remarks follow excerpts from Marlin’s article.

From Marlin’s article: “The Valdres March by Hanssen is a march celebrating the beautiful Valdres region, half-way between Oslo and Bergen in the gorgeous mountains, with the rushing streams and glaciated regions of southern Norway, one of the most beautiful places on earth. It has become the March of Norway and is world renowned...  The second theme is an old tune for Hardanger-fiddle.” 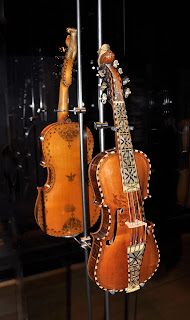 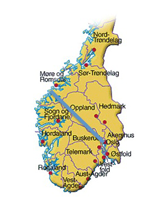 There are various districts in Norway where the Hardanger fiddle is played.  If you imagined a line drawn across a map of Norway stretching from Oslo to just north of Bergen, you would cut the country in half.   South of this line, the predominant stringed instrument for Norwegian folk dances is the Hardanger fiddle, while north of this line the regular violin (vanligfele) reigns.   A number of traditional dances, danced to Hardanger fiddle music in ¾ time, arise from the southern region.  Three prominent examples of these traditional dances, and ones that are danced regularly in the Washington, DC area, are Valdresspringar from Oppland, Telespringar from Telemark, and Hallingspringar from Buskerud.

The Valdres music is intoxicating and when the best fiddlers play, it is impossible to just sit and listen.  You must get up, grab a partner, and join the other trolls dancing this fabulous dance.